All In! How To Avoid Overcommitting On Extracurricular Activities 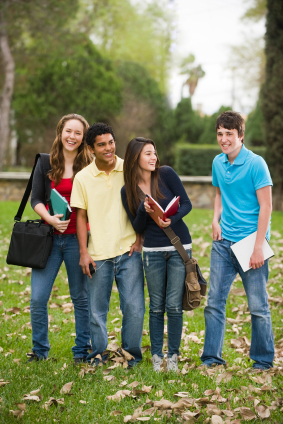 In the past week I’ve met three new students who told me they were no longer involved in extracurricular activities because they had committed all their time to one thing which didn’t work out.

Here’s my complaint – had Susan, James, and Morgan completed college applications a year or two ago they would look like superstars– highly involved, holding leadership positions, truly dedicated to developing interests and talents.  But now, junior year, when it counts, they aren’t doing much.

As parents we can talk about overcommitted kids or the pressures to excel from a young age.  But my complaint is with the “all in” mentality we’ve developed with activities. It can start slowly as kids are naturally drawn to some activities over others.  Add the pressure from coaches, teachers, or directors who suggest private lessons, additional practice, or off-season training.  Pretty soon kids are so deeply involved with ONE activity that if they choose to quit or are forced out due to injury, they have nothing left.

I understand that to become truly great in an area sacrifices must be made.  Sometimes potential Olympic gymnasts or figure skaters must forgo the traditional school experience to compete on a national stage at age 15, 16, or 17.  I know Justin Bieber didn’t spend the past two years worried about service hours for National Honor Society.

But most of our kids won’t be performing at the Grammys or Olympics.  Most of them won’t continue in their sport or activity after high school.  So are we doing them a service by allowing them to go all in with one activity at an early age?

Focusing on one activity to the exclusion of others can have drawbacks, even for students who continue to excel.  Students run the risk of appearing one-dimensional and missing out on developing other interests or related skills.

Before you allow or encourage your child to go all in with one activity, ask yourself some questions:

I love seeing kids who are passionate and involved.  They tend to do better in school.  But when it comes to college admission (and the more important goal of raising responsible, capable, and caring kids) going all out for one activity isn’t as beneficial as finding time for some balance.

My advice to Susan, James, and Morgan was the same.  Get out there and get involved.  Let your choice of clubs, activities, service groups, or work reflect your personality, talents, interests, and potential college major.  Participate in things that are rewarding.  Hang out in places and with people who encourage you to do your best and be a better person.  Don’t worry about what colleges want; there is no magic formula.  Get out there and get involved.  Just do it!