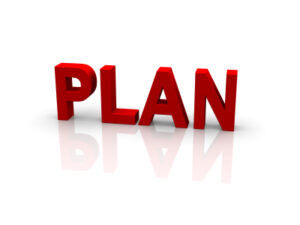 In today’s college admissions timeline, it is a mistake to leave the SAT or ACT until the fall of a student’s senior year.

What? I thought senior year was when most students took those tests? I thought only early-birds and crazy overachievers did all their testing junior year! Don’t kids need to wait to learn the math and English for the test?

I’ll admit that most of my SAT and ACTs were taken in the fall of my senior year of high school. But that was eons ago when calculators weren’t allows on the test, we could drive without a phone in the car, and getting up to change the channel on the television was common. Today’s admissions calendar has changed from what it was even five years ago. Students who follow the old and outdated advice will find themselves behind. (Don’t worry, most students already know all the math and English tested on the exams.) Here are some of the reasons to go ahead and push to finish standardized admissions testing junior year.

Tests or Scores May Be Delayed

Those of you who have suffered through cold weather this winter understand school closures. The ACT and SAT are subject to the same whims of Mother Nature. I remember a few years ago when we missed a week of school due to hurricane damage and students planning to take the first ACT and SAT of the school year found their tests postponed. Sometimes the test is given as scheduled, but your scores are delayed. This winter I worked with a senior who took the December SAT as a last attempt to improve his scores. He needed his results to come in on time in order to meet his application deadlines. After weeks and weeks of delays, he found his scores had been detained in the office of testing integrity. At this point it didn’t matter because deadlines had passed and he couldn’t submit those new results. You get my point. There can be delays beyond your control. You don’t want to count on SAT or ACT scores in the fall when you are working on a deadline.

You May Have Unforeseen Conflicts with Fall Test Dates

Senior year is busy. No student wants to miss homecoming events, the big tournament, or the social event of the fall because he or she has to take the SAT or ACT. Then there are the conflicts that are less fun— an early case of the flu, a fender-bender on the way to the test, a broken hand that makes taking any exam and bubbling answers a challenge. Over the years I’ve seen and heard of plenty of unexpected problems. These conflicts lead to less than ideal compromises—the football player who takes the SAT after getting home at 2AM from an away game the night before. The girl who has to take three breaks in the middle of the ACT to go to the bathroom because she is so sick, but knows that if she doesn’t take this test she won’t meet the early deadline at her top school. Or the student who cannot apply for early action because when he got a flat tire on the way to the test, the door closed on that option. No fun.

Application Deadlines Are Earlier Than Ever Before

The big push behind getting ALL standardized testing done junior year is the admissions timeline. Applications are due earlier than ever before. We’ve always had early application options; this is where the rumor that only overachievers need to finish testing as juniors arises. But more regular applications have fall (as opposed to winter) deadlines. If the final application deadline is November 1 or December 1, students don’t have many chances to take the SAT or ACT as seniors if they want to apply on time. Additionally, I’m seeing lots of students apply to state universities in August, September, and October in hopes of getting early notification of acceptance, or at least to show demonstrated interest. Students who plan to take the September ACT or October SAT before applying to college won’t have this option.

Your Stress Level Drops When Testing is Done

There are enough things to worry about senior year without adding the SAT or ACT to the list. I find students are relieved when they “only” have to worry about applications and no longer have to study and prepare for standardized tests. You might also consider the peer pressure component. There will be students who submit applications as soon as the online apps open (usually August 1) and have letters of acceptance in hand by the end of September. In the high-pressure world of “Where are you going to college?” no one wants to be the kid who says, “I haven’t applied anywhere yet because I’m waiting to take the October 3rd.”

Fall Is Fine For One Last Try

In my ideal world, all students would earn satisfactory scores in their two or three attempts at the exams junior year. These may not be dream scores, but should be a reflection of good effort and preparation. But I know not every student is satisfied with prior attempts. There is always the hope that one last chance will bring those elusive test scores just a little bit closer to the scholarship cut-off, the numbers set in our minds, or the test taker’s academic ability. For these students I think taking the SAT or ACT one last time in the fall is fine, as long as everyone in the family has planned for this and understands the drawbacks.

Fall too often becomes a desperate last minute testing frenzy. Students who added highly competitive colleges to their lists over the summer and found out they need SAT Subject Tests rush to sign up. Some students looked at college admissions numbers for the first time over the summer and realized they needed to hit the books and retake the SAT or ACT. Do what you can now to avoid that frenzy senior year. The ACT will be given in April and June; you can still register for the June test. The SAT will be given in May and June; you can pay the late fee to register for May or complete the regular sign up for June. Students who may apply to some of the hard-to-get-in highly selective schools may want to take SAT Subject Tests this spring (even as 10th graders). Any student taking an AP exam in May could sign up and take a Subject Test in May or June. (They won’t know more history or chemistry by waiting a year and forgetting everything they learned for the AP exam!) Plan now; avoid problems later.]]>