College Admission: Can We Beat The System? 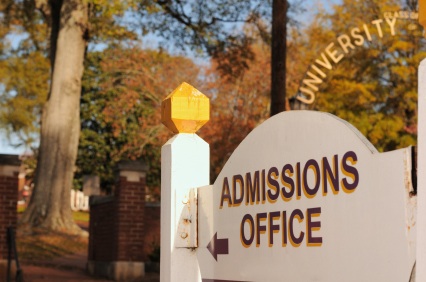 My son is applying to a bunch of state schools in Texas, but Texas A&M is his top choice. He is not in the top 10%, so won’t be automatically admitted.   He wants to apply to engineering, but it is so competitive at A&M. Would he be better off listing his first choice major in engineering and his second choice in another less-competitive field?  (We were thinking agriculture.)

This is a popular question. Essentially it boils down to whether or not students who are applying to a competitive school can game the system by choosing a particular major. In other words, this parent is asking if it would it be easier for her son to get into A&M if he chose a major other than engineering.  Would it increase his odds?

First, a word of caution, at some schools it’s very difficult to change majors. There are some universities where it is almost impossible to transfer into a popular major if you are not initially admitted into that program.  Some students trying to find ways around competitive admissions standards find themselves stuck in a program they don’t like.

One example…I was touring North Carolina State University two years ago. One of their most competitive programs is Elementary Education. At the time they were admitting 60 students per year and the only way you could transfer into Elementary Education was if one of those 60 people left.

Be very careful in applying to things that aren’t really your intention with the idea of being able to increase your odds for admission.

Second, schools are going to look at a student’s first choice of major and if that student doesn’t qualify, they will offer another department before rejecting the student.  Going back to the question, if the son doesn’t qualify for engineering at A&M but A&M would have him in another department, they will make an offer of admission.  In other words, the school will say, “We don’t have a place for you in engineering but we do have a place for you at the university in general.”

For years I’ve heard rumors generated by students looking for short-cuts. Some of them are just laughable. When I worked as a school counselor I heard students strategizing about how they would get past their lower class ranks and gain admission to the University of Texas.  One said,  “Man, you’ve got to apply to UT as a nursing student. They don’t get a lot of applications from guys in nursing. You’ll be in.”   I didn’t want to interrupt their conversation as I was eavesdropping, but the school of nursing at the University of Texas is pretty competitive. True, they do get more women applying, but they still get a number of very well qualified, very interested, young men. That strategy was not going to work!

Most often when you hear the latest way to get around challenging admissions standards, it isn’t true.  If you are torn between different majors and aren’t sure what to list on your application, give the university an honest answer based on your top choices at the time.  If the student from this question is honestly interested in both engineering and agriculture, it would be fine to list engineering first and agriculture second.  When in doubt, you can always call the admissions office and speak to a counselor.

As my grandfather always told us, “When you tell one lie, you have to tell 100 more to keep covering it up.”  Don’t play games with your college applications.  Answer honestly.

Do you have any questions about admission rumors you’ve heard?  Want to share some of the crazy strategies people are discussing in your area?  Leave a comment below.